I'll never understand how being a foul mouthed obnoxious jerk is something people think is a good, desirable thing to be. The fawning over this person's behavior I've seen is disturbing. How is it that being so ugly to others is attractive to some people?
I agree that the presentation sounds pretty poor and does a huge disservice to not only abstinence but also a healthy, chaste understanding of sex. It's not good to rely on fear mongering, scare tactics, and misinformation to get your point across no matter what the subject.
But still, this commentator's behavior is not really any better.
You certainly don't have to be a prude or "right wing extremist" to understand the value of abstinence, especially for teens:
http://www.plannedparenthood.org/l…/birth-control/abstinence
Excerpt:
Special Advantages for Teens
Sexual relationships present risks. Abstinence is a very good way to postpone taking those risks until you are better able to handle them.
Women who abstain until their 20s — and who have fewer partners in their lifetimes — may have certain health advantages over women who do not. They are less likely to get STDs. Because they are less likely to get an STD, they are also less likely to become infertile or develop cervical cancer.
...
Sounds like a pretty attractive option.
You don't have to be a slave to your body's desires. Just like people can practice discipline to moderate their hunger for food and can exercise to stay in shape, we can moderate our sex drives and engage in healthy, close, meaningful, and loving relationships without sex.
Hookups are the junk food of sex. Life-committed (married) love that embraces sex for all it naturally is is not only the safest but also the most fulfilling. It is the health food of sex. The fullest outcome of sex is the intimate bonding of two persons out of which comes a new person to be cherished and nurtured in the context of that same loving relationship.
Is junk food enjoyable? Sure! Is it the best thing for you? Hell no. And we shouldn't pretend otherwise.
Posted by Ambrose Little at 9:39 PM

Email ThisBlogThis!Share to TwitterShare to FacebookShare to Pinterest
Labels: Sexuality 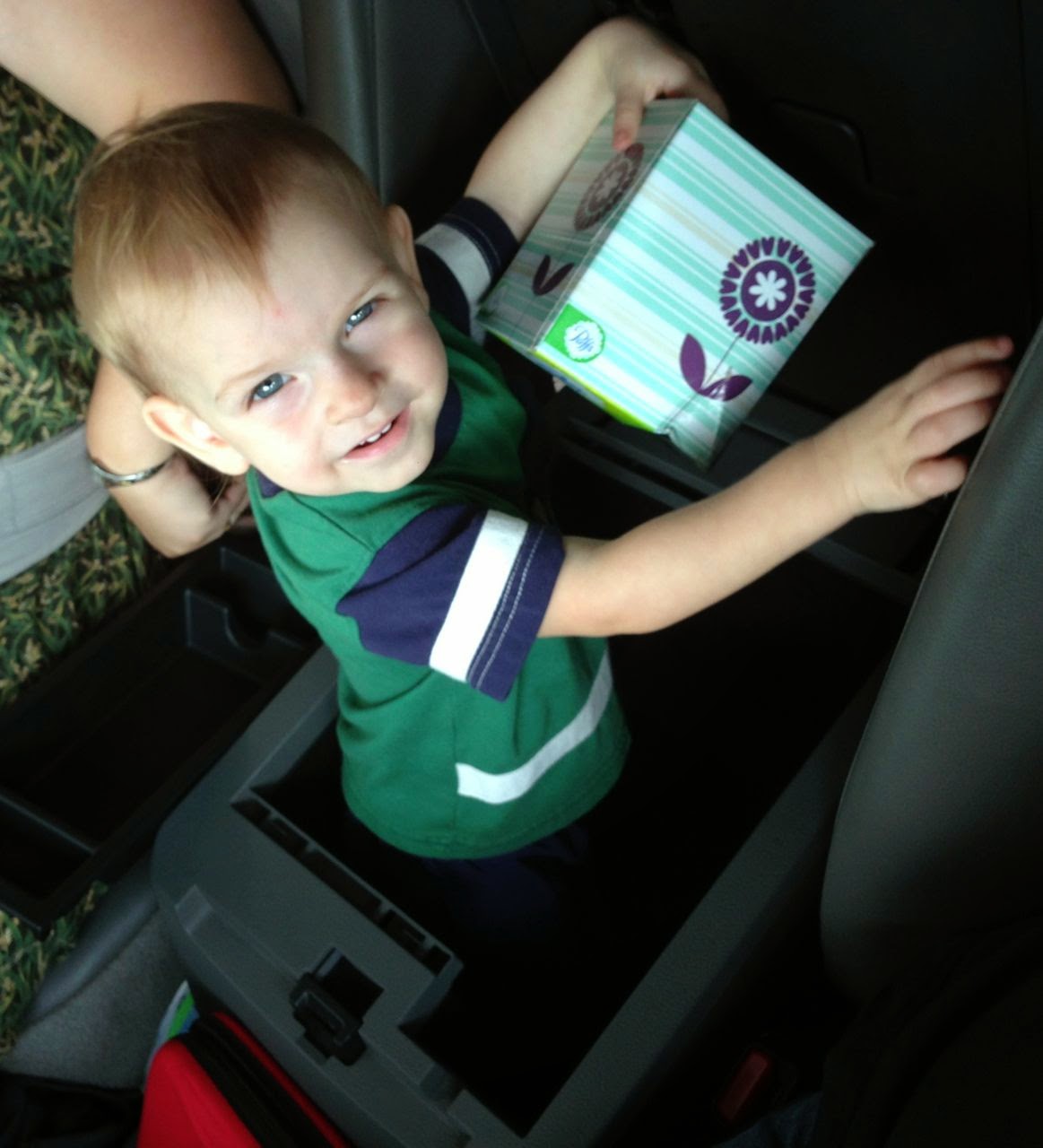 If you're in the market for a big vehicle for a large family, a passenger van is probably your only real choice, and I can definitely recommend the Nissan NV3500 HD Passenger van. This is a review of our experience with it over the last year and eight months.

We currently have five children aged two to thirteen, and we may have more. Needless to say the usual options--minivans and SUVs don't really cut it for us, especially not for a new vehicle investment for the family.

So what's left? Passenger vans and a couple other oversized SUV options. Armadas and Suburbans are overpriced and barley top the common 7-passenger options, with not much room for stuff.

As I said, we didn't want to invest in a new vehicle only to have to go bigger in a couple years. So a passenger van was the choice.

I've never been a fan of the van look or the big honking bench bench bench approach. So I was thrilled to see another option. The NV may not be the most beautiful vehicle, but I think it's a head above the standard van look. In fact, I have a hard time thinking of it as a van--more like a truck or maybe a big SUV.

And its looks do grow on you; if nothing else, it is striking. Everywhere we go, we get comments--usually complimentary. In Russellville, I stopped by the Nissan dealership there, and the guys were like "wow, we've never seen one in person!" :) Be prepared for the comments--it's a common theme from other reviewers, too.

The seating is as awesome as the marketing makes it out to be. We haven't figured out the 300+ configurations, but the flexibility is awesome. We removed the last row (for now) and scooted the 2nd & 3rd rows back, which gives tons of leg room and copious cargo space, while comfortably seating eight.

We bought this in April 2013, just before an epic road trip. We put 2800 miles on it during that trip. Up and down mountain gravel roads, along highways, and of course city. Since then, we have taken a family trip to the Shore (here in New Jersey) as well as another, even more epic road trip from NJ to Russellville, AR to Dallas, TX to Tulsa, OK and finally back home--3300 miles. The rest of the time it is for lugging family around nearby, and it does fine for that, too.

I am a big guy--over 300lbs and six foot one. I was impressed how comfortable it was for many hours of driving. The kids were comfy, too, and my wife even rode in the 2nd row with the baby for some hours, although she reported not finding it super comfortable in the back mainly due to lack of reclinability. You will want to turn the headrests around in front because they force your head forward--that's a trick I learned from another reviewer.

The integrated seat belts are nice indeed. The back doors with the magnetic locking is great--worked with wind on an incline in the mountains. We love the sliding door--no more worrying about kids banging into things. As other online reviewers have reported, this particular model/year had problems with the sliding door locking mechanism. I would just expect that and let the dealership know others have had the same problems.

If you want to get a mat for the rear cargo area, be prepared to either go custom or jury-rig one of the generic ones. I ended up on this one. It doesn't cover the whole area (with the last row removed), but it does a good enough job and definitely is better than mucking your carpet up. The dealer-supplied mats are good for the other rows/front. We are using the winter rubber options in the two front seats--too bad they don't have that for the rear seating.

We did remove the second row (and third) and were able to pick up a game table, four swivel chairs and a tall side table with four stools, so it is a great option for transporting big stuff when you need that. There really is no shortage of space. It feels very comfortable and roomy, even on long trips. The pic above is our youngest at one in the center console--lots of storage room there, too. :)

We opted for the V8 SV with towing and tech. We haven't towed yet, but there is plenty of power. Sucker will get up and go when you need it for sure. I wouldn't go off roading, but as I said, it managed to power up the gravel mountain roads fully loaded with fam and cargo. Be nice if there were an AWD/4WD option, but no biggie most of the time.

One thing I liked was the minimal options. I hate sifting through tens of options when configuring a car, always not sure about the choices, feeling like I'm wasting money or missing out, and ending up with a ton more $$ on the price tag. This one starts at a very, very good baseline, and doesn't burden you with too many options.

I'd say that the tech package is a must have just for the back side camera--you can't hardly see behind you, and sonar only goes so far. That said, I am very underwhelmed with the radio and nav. We kept comparing the built-in nav (which requires a subscription to keep it up to date) and maps on our phones, and the built in nav usually didn't pick the most optimal route, and it didn't give you specific other options.

I couldn't believe that it doesn't support Bluetooth audio streaming. Isn't this a 2013?! It requires you to use USB, and it doesn't have a pause--you have to turn it off and on. It also seems to get confused sometimes and you have to turn off and on and unplug to get it cooperating. Factory audio never fails to disappoint. The rear camera is integrated, so replacing it isn't much of an option.

Other than that, we wanted the front sonar, but you only get that with the top level trim, which forces you to get leather seats. Given we have a bunch of small kids, we opted to stick with the easier to take care of cloth in the SV trim and just miss out on the front sonar. Turns out this wasn't risk free--wifey has scraped the front bumper twice pulling into our driveway, which has stone pillars on either side. Not sure if sonar would have prevented this, but possibly. :)

You will have to practice parking in this behemoth, but just park a bit further out and give yourself extra room. Generally look for spots with an empty one on the far side (away from you), so you have plenty of room to swing in. As a rule, if it is tight, I find backing in to be more reliable as you have all the mirrors and camera to help. I have to admit this aspect worried me most, since the wifey is the primary except on trips. But it comes with the territory I suppose. You can get used to it.

Overall, we really do love it. It's perfect for us, and probably quite good for any large family.

Oh, and if you're in central NJ, I highly recommend Haldeman Nissan in Hamilton. They sell a lot of these (commercial), so they are familiar with them. Don Goldberg there went way over the top for us. He has since moved on, but I also leased a Leaf from them in 2014, and the sales guy Don recommended--David Borden--was equally pleasant to deal with. I like that dealership--very low pressure and they treat you fairly, in my experience.
Posted by Ambrose Little at 4:16 PM