Be Careful That You're Not God 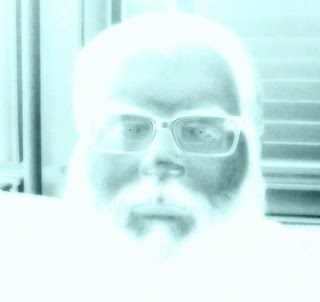 So a guy I'm thinking about dubbing "my atheist friend" (hi, Daniel :) ) shared this YouTube video he came across on G+ the other day.

A few things struck me in the vid. Obviously, I don't agree with the fella's conclusions about his observations, but one area I did--the danger we have of assuming that our opinions are God's, in effect shaping God in our own image.

Humans of course have that natural proclivity. The Garden of Eden narrative illustrates how early on in human history this tendency was recognized, the temptation to want to become like God, being the judge of what is good and evil. And the pagan deities offer more evidence, very obviously crafted through anthropomorphizing.   (Interestingly, this guy in the video acts like this is some insightful, new revelation. :) )

The history of the Judeo-Christian God, however, is a persistent message from God that we are in fact not God. To the Jews, God reveals himself as "he who is," as One, Ineffable, Unrepresentable, Just--Infinity far above us. Then God becomes Incarnate, revealing himself in Christ, illuminating his Trinitarian nature and, thusly, his nature as Eternal Love, and culminating his revelation of his Mercy in the Redemption.

The Christian faith is very clear about this--God is not us; we are not God. There is an infinite separation.

True, God revealed that we are in some way created in his image.  True, God took on our nature in the Incarnation and thus gives us some greater share in his Being, his Love. He did give us some knowledge of himself in this way, through his Revelation to us.

The Catholic faith, the unabridged Christian faith, holds that God Reveals himself to us in the communion of the Body of Christ, the Church. We are not free to reinvent God in our own image. We accept the faith as it has been handed down to us (Tradition, from the Latin traditio--to hand on) by word of mouth (through Apostolic Succession) or in writing (Holy Scripture). We understand God through and in the Church, the living Magisterium, which is beholden to Holy Tradition.

When we speak of God, we do not speak of ourselves, we speak of what has been handed down to us, from the Apostles in unbroken succession, from generation to generation.

And this God makes demands of us.  Unlike the "God" hinted at in this fella's vid, our God doesn't always agree with us. He gives us hard commands: "Be perfect." He tells us we must fight against what we want to do at times, what our corrupted nature inclines us to do. He tells us to forgive. He tells us to love.

But to this guy's credit, how many Christians--how many Catholics!--speak or act in accord with this Tradition? How many of us are quick to align God with our opinions, dissenting from the Church? How many are quick to put our political party's opinions ahead of those of our bishop's? How many humbly submit and obey? Not many, I suspect.  So it's no surprise that an atheist would see in so many theists that God is more like them than any believable conception of God.

It's important that we are careful to not ignore Christian Tradition and instead remake God in our own image. Such a God is not worth believing in--the atheist is right about that.
Posted by Ambrose Little at 11:16 PM