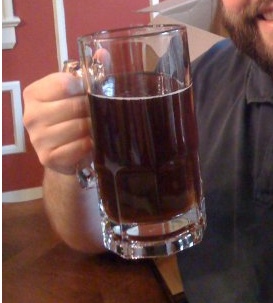 Today we had our health plan update at my company. Usually these updates are a drag--just plain boring. Often they're depressing and upsetting because it usually means we gotta pay more. These last two years, though, we've lucked out. It looks like I'll save a whole $7 per paycheck with the changes this year. :)  That's great, but a new theme has been developing. It was there last year, and it was THE theme this year--if your insurance premiums are going up, it's your fault for being unhealthy.

Yes, I've known and worked with folks who fit these descriptions. I'm not making this up--real costs, real dangers, real people, real problems. And you're gonna single out being overweight as the source of the healthcare crisis? Never mind that the obesity "epidemic" has been discredited [1], this skinny health fanatic is gonna stand there and insinuate to all the people present that the fatties among us are responsible for our increasing healthcare costs. (Never mind that despite us fatties, our costs have gone down for two years.)

And let's think for a second about how convenient it is for healthcare industry folks to lay the blame on the patients--"we can't help that we're raising prices; it's your fault for being unhealthy." Right... How about taking responsibility for the greed epidemic that is really behind the ridiculous increases in healthcare costs? How about dealing with all the government regulation and litigation that increases the costs of healthcare?  And get this, he was also pushing their "health assessment tool." "Oh no, we won't use it to decide how much we should charge you, nooo. It's for your benefit."  Riiiight...

The health naziism needs to stop. Respectfully, Mrs. Obama, find another mission--our country has bigger problems than people packing extra pounds. Let's not pretend that the "Affordable Health Care Act" hasn't actually caused higher premiums for pretty much everybody as the providers are hedging their bets and scraping in as much money as they can in the meantime. And when it inevitably is struck down, do we think that the premiums will come down? I think not.  The fat cat insurance companies have little interest in bringing down healthcare costs; for them to pretend otherwise is a sham. And talk about collusion and price fixing--the bid process is plainly corrupt.

Don't get me wrong, I'm not against universal healthcare access as such. I just don't think Obamacare will survive the legal challenges, and I'm not sure that it is necessarily the right way to achieve the noble end. The problem I see, though, is when false memes like the obesity epidemic gain traction, public opinion vilifies overweight folks, the President's wife makes pushing a particular way of life her mission (reinforcing the false meme), laws start getting made, special taxes are put in place, overweight people are ostracized, etc. Most worryingly, when people feel like they're paying for you, they feel like they should have a say in what you do. And basic civil liberties start falling left and right.

The old saying "freedom isn't free" applies here. OWS folks were all about saying we just need to suck up the real, immediate, significant drain they incurred on the public coffers--they have a right to assemble. It's part of living in a free country. Sometimes we pay for people to be able to do things we don't agree with. The road goes both ways. And again, we're talking about something for which the costs are not immediate, nor is it clear at all from the data that there is a direct cause, not to mention the small part weight plays in overall health. If we're gonna start controlling people's lives, I have a big list earlier in this post you can start with. But seriously, we need to stop. This is America, founded on the principles of freedom and the pursuit of happiness.

Give it a rest. If you want to spend your free time exercising, I say good for you. If you want to eat less, awesome--that's a real way to save your money. I contribute my fair share, and I take responsibility for my actions. I'm not asking for free healthcare. I buy into the system of insurance just like you, and I'm not going to tell you to stop stressing, overstraining, playing sports, undersleeping, or even skydiving, if that's your thing. Life is for living. Enjoy it. Slainté!