What If My Child Were Gay? 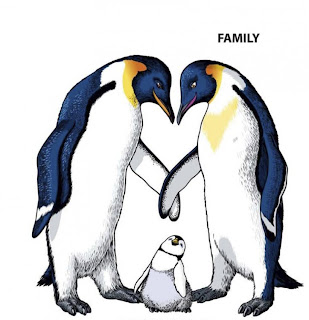 A fellow Catholic I know on G+ was recently asked the following:


I know you are pro-life and anti-gay, so I'm curious: If your wife (if you have a wife, if not, pretend) were pregnant and it was determined that your unborn son is genetically gay. Would you raise the gay child or abort the pregnancy?

Read his response. I agree with it. Of course I wouldn't abort the child. Should go without saying...

So, what if my child were gay?

Even if there is a genetic cause to homosexuality, it would still be something that potentially prevents my child from having the full range of human life available to her (particularly, expressing love in natural marriage, procreation, and child rearing). Add onto that the extra challenges that come with being homosexual, and I just do not see the sense in simply accepting my child's situation--I would do whatever I could to give her those options and avoid the extra heartache, whether through natural or supernatural means.

I just don't see a justification for 1) treating homosexuality as a reason for disgust or, worse, hate or, conversely, 2) why it should be accepted as a desirable "alternative" condition. Both are two polemically wrong responses to what should be treated with the deepest personal care. The best response is for the person to be loved completely and helped by all means possible, just as you would with any difficult condition, genetically caused or otherwise.

It may be that person doesn't want such help or love, but that, too, is no reason to either hate them or to just accept it. People do all sorts of things that we may think aren't good for them, and our response should be compassionate care for them and still reach out in love and try to help them.

That doesn't mean I love her any less. That doesn't mean I treat her with disrespect. That doesn't mean I contemn her or ostracize her from the family. In fact, my reason for objecting is based in love--because I think she's doing herself some harm, so treating her in a mean way would make no sense. I totally don't get parents who disown children who don't follow their wishes; talk about not understanding what being a parent is about.

It's not that I haven't tried to understand the other viewpoint on this issue. I've actually given it quite a lot of thought over the last 15 or so years, since it first came across my radar as a college student. I don't know yet if any of my children will feel so inclined; I do have a family member who identifies as homosexual. I have had homosexual friends and co-workers, and doubtless some that I am not aware of. I am not anti-gay, though certainly those people do exist, and we should be concerned about them. We should not tolerate real hate towards homosexuals.

Take this article from UC Davis that gives some history on how homosexuality has been treated in regards to mental health. The concern seems to be with showing that homosexuality isn't the cause of other pathologies, that it doesn't prevent one from being a functional adult, etc. Similarly, the linked article covering changing sexual orientation seems intent on discrediting those attempts--it seems to take as an assumption that it shouldn't even be tried.

Naturally, if you don't see homosexuality as a pathology, then you would see things from the bias clearly represented in those articles. But in order to not see it as a something that should be treated medically, it seems that you have to 1) take an apathetic view on sex and 2) take an apathetic view towards procreation. Both of these are related to value judgments, meaning they are not scientific questions but rather questions of personal judgment.

The question of procreation is a little less purely value judgment related. There is obvious biological societal self interest in procreation (self-perpetuation), and any society that thinks it is worthwhile and good (all of them probably think this, right?) understands the fundamental value of procreation as a means of carrying on not only the species but also its particular culture. Individuals generally understand the value of procreation from a personal perspective, too, though maybe it is less valued today than in times past. Most of us can appreciate the value of our own posterity and want to ensure it. We sure seem preoccupied with it. :)

So here's the deal. Given that the value of procreation is fairly obvious, both to society at large and to many individuals, and given that sex itself is value-judgment laden (most people are not apathetic about it), it seems that taking an apathetic view of these things in relation to how we treat them in medicine does not follow.

Let's bring this back to the personal level. Given that heterosexuality naturally tends towards the acknowledged good of procreation and family, given that (at least for now and in any immediate future) heterosexuality is generally more accepted in and perceived to be preferable by society, and given that I want the best, least troublesome life for my child, it follows that I would want her to be heterosexually oriented.

So I ask, why has medicine abandoned homosexually oriented persons? Why does it fight or simply neglect research into creating the option of changing orientation? Why are we settling for only working against irrational hatred of homosexuals? It seems to me that we've just given up on that simply because we're worried that it might contribute to negativity towards homosexual persons. (But couldn't the same concern be held in regards to Downs syndrome research? Or fat reduction? Or...? These concerns shouldn't stop us.)

There is absolutely no doubt that working to ensure that homosexuals are fully accepted as persons, treated with respect, with empathy, and with compassion instead of disgust and hate is a noble and worthy endeavor. All people should be treated this way, regardless of any condition they find themselves in. But those are just feelings and perceptions; they're just the first step--we should do more.

People such as myself are not only not anti-gay, we love homosexuals more than those who stop with simply treating them as first class human persons--we actually want to offer them a choice. I see this as the next step in the pro-gay movement, to take it to the next level of advocacy for them as free, first class persons.

Having the choice does not mean people would be forced to take it. People are free individuals. Maybe I'm genetically disposed to be fat. If you offered me a therapy to change that, I may or may not choose it. Maybe I like being fat. Certainly, I can fully operate in society as a productive adult and still be fat. Surely I should be accepted and treated as a first class person, despite being fat--despite that there is plenty of societal pressure not to be so. (I can guarantee that some of my friends and family, even my mom, do not approve of my being fat and have pushed me not to be at times.)  But heck, I would fully support research into genetic or other ethical, non-destructive therapy to help give fat people more freedom to choose not to be.  And maybe someday I'd choose to take it. It would be nice to have the choice--my attempts thus far to change haven't worked.

So I say we should give homosexuals the chance to be able to choose not to be gay. We should support research--medical, psychological, and otherwise--that searches out how to make this an option for them. Maybe in the past that research and some of the techniques employed weren't ethical--that doesn't make the goal not good. We can do ethical research in this direction if we put our minds to it.

I hope that by the time my children are old enough for it to be an issue for them, that if they do feel that they are homosexually oriented, they will have the option to choose to not be if that's what they want. We can do better than just making them live with it.
Posted by Ambrose Little at 8:53 PM