Give It a Rest 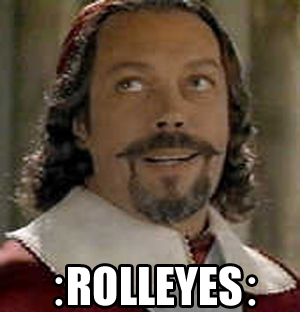 In comments on my musing on conservatism and ignorance, one anonymous poster (one of my atheist fans, I think :) ) goes to town on me. I might have ignored it, but I gotta do my post for the day. ;-)


Next, the commenter takes me to task for defending Santorum's remarks on evolution. Let's look at the facts at hand.

Krauss accuses Santorum of saying that "evolution... has no firm basis in fact." I called him on it because in the evidence Krauss himself provided, Santorum says no such thing. Strangely, the commenter offers the same quote Krauss offered, in which Rick says that he doesn't agree that evolution is an incontrovertible fact. Go read it for yourself. Even most followers of Scientism admit readily that even so-called scientific laws are not incontrovertible--they're just our best understanding/models based on the best science that we have right now. So what's the big deal when Rick says the same thing? Oh, right, because he follows up by pointing out, correctly, that the way that evolution has been presented, including in the classroom, is that it implies that God does not exist.

Look, I know there is a long history of bad blood between those who believe in some form of creation and those who adhere to evolution. The atheist evolutionists are as much to blame as the creationists in perpetuating this unnecessary feud. If materialist atheists didn't champion evolution as, essentially, the God-killer, more or less saying that if you accept the science of evolution that you cannot believe in God, I strongly suspect we wouldn't have had all the trouble we've had. On the other hand, you have literal creationists and others of fundamentalist tendencies who are too quick to dismiss the actual science underlying the attached atheistic philosophy.

What Rick seems to, and I definitely, object to is that because evolution has been challenged, the evolutionists have dug in, pushed evolution as even more certain than it is, ignored and downplayed evidence that causes problems for the model, unnecessarily attached philosophical underpinnings to the science, and knee-jerk react to any questioning of the theory.  In short, they've created a religious dogma out of something that should be science.

After evolution, the commenter moved on to global warming. Again, I made what shouldn't be a controversial statement--that with complex systems like the climate, the best science can offer is thoughtful guesses, i.e., theories. They may be theories based on science and evidence, but they are theories nonetheless. As I linked to, there are plenty of scientists who dissent from the current mainline global warming theory, in multiple ways. But here's what happens in scientific communities--the same thing that happens in most human communities: if you don't follow the popular notions, you get ostracized. It's quite a recurring pattern in the arts and sciences--people who don't align with the popular notions are shouted down and ostracized by the narrow minded.

If manmade global warming is indeed caused by the factors that are currently held in the majority opinion (consider me an agnostic on this point), I'd suggest that it makes that issue the "evolution" of our day. You have people who take the science, and then they create a philosophy around it--environmentalism. The philosophy becomes confused with the science, and people who reject the attached philosophy are more inclined to be skeptical of the science. At the same time, the adherents become ever more vitriolic and dig in, refusing to hear out or consider the problems with the theory, downplaying the contradicting evidence, and perpetuating an epic conflict that should have no place in science. Add on to this that governments are being employed in the service of this theory to blow tons of money during the one of the biggest global economic crises in history, and you have a recipe for all kinds of stupid, on both sides of the debate.

What's sad is you'd think science, which should train minds with objectivity, rigor, and indeed a certain amount of skepticism, would produce less of this kind of tribalism, but history shows this isn't true. Sadly and ironically, a generation or two down the line, when people have come around to the dissenter views, they arrogantly look back at their predecessors thinking, "how could they have been so blind to the science that was right in front of them? The gall!"

And that brings me to the next point--Galileo.  This commenter actually seems to think that Krauss should have brought up Galileo and goes on to do so. He laughs off the reasonable observation that the Church hierarchy of the day was working with the knowledge available to them at the time, anachronistically saying that the best knowledge of the time was right in front of them. I have a few observations on this.
The fact is, the Church is not nor has ever been an enemy of science. The Church is bigger than this or that priest, bishop, or pope. It is bigger than any individual or group of individuals who happen to be in power in the Church at this or that particular point in time. Members of the Church established the concept of university. They participated and fostered the development of the sciences, and they actively participate in them today. Many of them are leaders in their fields. My own Order tends to prefer individuals with advanced degrees in the sciences as postulants to become friars. The Jesuits are also another well-known academically inclined order. The list goes on..

What enemies of the Church don't like is that we hold science to our ethical standard, and sometimes that means presumed progress gets slowed down. We have very high ethical standards, in fact, and having been around for two thousand years, we know that we shouldn't rush in and do things just because we can, but that we need to seriously consider the consequences of our actions, not just on individuals today but on human society and history as a whole, a global whole. And the Church is the only organization positioned to do this, given its care for over a billion souls globally. We take a historical perspective on things. We don't forget or conveniently ignore the recent history where science was abused in the service of fascist and communist regimes, in the service of eugenics, and more recently in the service of the slaughter of millions of innocent human lives and the terrible damaging of women and families. The life of the mother does not inherently trump the life of the child, so excuse us for standing by that principle.

We can debate the ethical principles; that's fine. We can and should debate the science and its implications. We can and will come to differing conclusions looking at the same evidence. But it's just plain ignorant or dishonest to perpetuate the myth that the Church is opposed to science. Any thoughtful, educated person should feel ashamed for doing so, not just because it is dishonest and/or willfully ignorant but also because it damages the effectiveness of an organization that indisputably does immeasurable good for humanity in health, social, and charitable services--more so than any other organization today or in all of human history.

Seriously. Give it a rest.
Posted by Ambrose Little at 11:42 PM