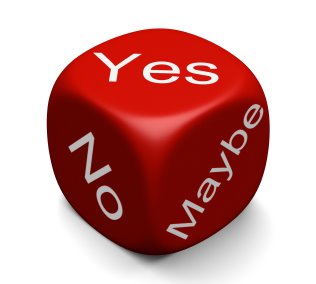 I recently saw a comment somewhere (I think it was related to the HHS Mandate), where a woman was basically saying that she doesn't think that St. Thomas More should be a saint--that we shouldn't celebrate him because he chose his high-minded principles over his family's well being.

That's an interesting perspective, and one that I can relate to, being a married father of five myself. I haven't exactly been asked to compromise my most fundamental beliefs or recant the faith at the threat of my life, but I have faced situations where I've felt I have had to swallow some lesser principles in favor of what I perceived to be a greater good--namely my family's well being.

I guess it goes back to the classic moral reasoning problems like "is it wrong for a person to steal in order to feed his family?" But the problem with those is that they're usually asked of people who aren't in those situations, so it's easy to be hard-nosed about it. However, when you're faced with similar choices yourself, it's not so obvious.

I think the answer is, of course, that it is wrong, objectively speaking, but the actual subjective guilt incurred is contextualized to the person and his or her circumstances. So I suppose the best one can do is make the call and then to live with the consequences.

At this point, I don't know if the "right" decision in such cases--when you risk personal moral guilt for the good of another--is to absolutely stick with principles or to transgress them for the sake of others. I don't think there is a simple black and white answer, but I think one should try to stick to principles unless there is a really compelling reason based on charity/responsibility to others to do otherwise.  (And talking in generalities like this probably doesn't help.)

P.S. I'm pretty exhausted so maybe this isn't my clearest thinking ever, but I did need to stick by my principle of a blog a day during Lent. ;)
Posted by Ambrose Little at 8:58 PM